Rob Ager breaking down my favorite part of A Clockwork Orange, which is the technique they try to use to cure Alex – the Ludivico Technique. I love when they are using that eye dropper on him with his eyes pinned back.
I have seen other videos by Rob Ager – one comes to mind he did on The Shining. He is really interesting and breaks things down very thoroughly. Cool dude. 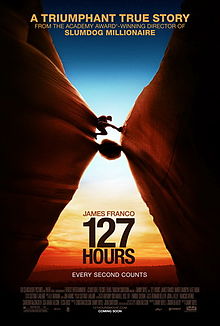 Just kidding, everyone who saw it said to watch it, and they’re right. It was on a lot of top movie lists for 2011 as well. Just never felt the urge to watch it since I knew *SPOILER ALERT* that the main character was a real person that survived this ordeal */SPOILER ALERT*. So I stupidly thought since that drama didn’t exist, that it wouldn’t be very suspenseful, and therefore not a movie I should invest time watching. That was dumb.
I was looking for something on HBOGO to watch yesterday while I was running and this was a new release. I am 30 minutes in and 127 Hours is amazing. It is shot so beautifully. It’s gripping and suspenseful because it thrusts you right into that “What would I do?” mode. That’s fun when you’re able to do it voyeuristically. Can’t recommend it enough based on just the first 30 minutes that I’ve seen. Looking forward to watching the rest of it.

Started watching Alien again last night on HBO GO. What an awesome movie.
I really love the computer on the Nostromo: Mother. The movie is so good, that I am not even drawn out of it when you see how outdated what Ridley Scott thought the future would look like from a technology standpoint. It doesn’t matter. It has it’s own aesthetic. It really is it’s own world, time, and place. I love that green screen computer interface that is the super brain/AI of the Nostromo. It’s creepy and awesome that something so rudimentary is passing along orders telling an android what to do with the crew of the ship (EDIT: I am reading this well done blog post about Alien, and apparently this message was displayed for Ripley – not Ash. I am not up to that part yet in my re-watching). In the beginning of the movie one of the crew goes to interface with the computer when they wake up from cryogenic freeze and he just types in: “What’s the story Mother?”. Apparently we are very congenial and conversational with computers in the future! I love it.
I like HAL from 2001, but I still say Mother is my 2nd favorite science fiction movie computer – after GERTY. GERTY’s the best. 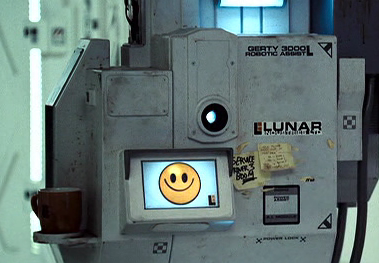 – Cablegram received from Donald Crowhurst while adrift on his sailboat

I am currently watching a documentary about the Sunday Times 1968 Golden Globe circumnavigation sailing race called Deep Water on Amazon Prime. It’s a really excellent movie. The creators really do a good job placing you alone on a sailboat in the middle of the ocean and giving you that feeling of claustrophobia of the boat, but then also the contradictory feeling of the seemingly unending vastness of the ocean, as they would look out over the horizon. Moitessier’s wife, one of the sailors in the race, described what it must be like. She said they must feel like little Gods in their own universes when they are out on the open sea and that Moitessier probably felt most at home this way.

It’s striking how much like astronauts they were. This is another point brought up in the documentary. Without GPS like we have now – it’s like they are traversing the vast reaches of outer space not knowing exactly where they are. Also, the sailor is in a little capsule just like an astronaut, floating along with just ocean on all sides.
Donald Crowhurst’s story is really fascinating. I don’t want to give much away, although obviously history has already told his story, but the quote above is one of the weird cablegrams he started sending when things were going bad for him. I would like to one day also be on “equal footing with the mermaids” on my own sailboat, but only for a short while. I don’t want to live at the bottom of the ocean, unless my final breath is coming next anyway. I have a lot more left to do.

It’s been a while since, while I was watching a movie, I let out an audible surprise because it smacked me in the face. The movie Moon did this to me the other night. I had heard it was a good movie, and now that I have access to Crackle on my XBox 360 (check it out – free movies with very short commercials), I searched for Moon and it was available – so in my queue it went. I liked it right away – I love movies where humans are isolated somewhere in the future, like in “The Thing” or “Alien”. I knew Moon had that angle in it, but I was not prepared to have my mind blown completely away. Moon has a plot structure where you are not sure what is happening for a bit – like the TV show Lost – where you are slowly being filled in to mystery of it. So many movies and TV shows fail with this though. You are watching it and thinking: “Whatever the explanation is for this, it’s going to be stupid and I am going to be disappointed.” Moon does not do this. It fills you in on it’s secrets way before the end of the movie, and then lets you ride along with it, on this fascinating journey into “What happens now?”. I can’t recommend it more and express how beautiful, philosophical, well acted, well shot, and wonderful a film this is. I switch to the word film, because this isn’t just something to kill time with – it’s a piece of art that I didn’t ever want to end. Just an amazing film. Thank you, David Bowie’s son, for making this for us to watch.

I wish I could find the blog I was reading where someone named the movies that blew their mind and mentioned this one, Old Boy. I’ll eventually find it – but I started watching Old Boy at their suggestion, and just watched this scene, and you really have love this movie’s spirit. This scene isn’t realistic or anything, that’s not what we’re talking about here, but it looks like it’s all done in one take and it’s just so much fun. There are so many little details to catch, I’ve watched it twice already. It’s like a video game situation in a movie – and it’s so well done. I got the feeling like the first time I saw some of the action scenes in the Matrix. Can’t wait to watch the rest of the movie.

A: They do that all the time. They hire people for these expeditions based on their technical expertise… and send them off without paying any attention to the kind of people they’re sending. They don’t pay any attention to personality. NASA will pay some attention to mental illness, because they don’t want to send crazy people on these missions. But there’s a whole lot more to personality than mental illness. It doesn’t mean you can work as part of a team.

The National Science Foundation and the Navy send people every winter to Antarctica to these research stations that when they get in, they can’t get out; it’s is the same thing as sending them to space. Jesus, there are unbelievable stories of people going crazy and having to build cages, because they’re out of control. Of course, if you’re a woman in that environment, you’re in real trouble. 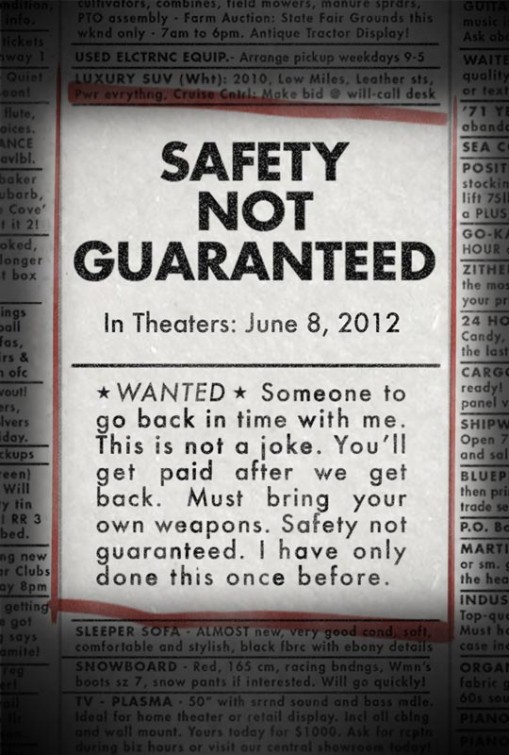 I hadn’t heard of this movie, but the poster draws you right in, doesn’t it? I love it. I want to see this ASAP.

Just to close the loop on this one, these two are separated at birth, no?

Prometheus gif via Surrogate Self

I’ll talk in more detail in another post, but if you are a time-travel fan (I am), and always wanted to see something like Back to the Future done seriously and with a stab at some realism and science, this movie Primer can’t come more highly recommended by me. They shot it for $7000 in 2004, but it looks like any well shot movie to me. Not low budget at all. Intriguing, confusing, and I couldn’t tear myself away from it. Loved it. Saw a post mentioning it on boingboing. They have an awesome feature going on where guest posters talk about movies that “blew their minds”.

via Crewman Number Six via we’re all mad here

I love stop-motion animation so much. The dew on the grass…I mean, this is so beautiful. This is via boingboing.net and it’s called “The Tale of the Crippled Boy”.

Three Fragments of a Lost Tale from John Frame on Vimeo.

I have been making a lot of soap lately with the kids. I am not as good a teacher as Tyler Durden…and we aren’t using lye. Other than that it’s the same scene here at my house lately. (Not really)